…sometimes I get these food ideas that just won’t go away.  At least half the time they’re bad ideas and I know they’re bad, but I just can’t live with myself until I see them through.  Ideas like trying out dirty-looking restaurants, having blue cheese for breakfast, or making a dish that involves hard-boiled eggs even though I loathe hard-boiled eggs.  Matt calls it “pulling a Sarah”.

Well, guess what.  Once in a while, “pulling a Sarah” pays off.  Pays off big.

Remember last week when I made a squash and leek galette?  I took a bunch of pictures of leeks that I thought were really pretty.  And then I could not, not, not stop thinking about leeks vinaigrette.  Leeks vinaigrette are a French classic; braised or boiled leeks dressed up with a mustardy vinaigrette and chopped egg.  I’ve seen leeks prepared like this in a hundred magazines, cookbooks, and blogs made by everyone from Julia Child to Molly Wizenberg, but I’d never made them myself.

Why hadn’t I?  Well, who makes leeks?  Just leeks.  Not me.  For me, leeks normally play a supporting role, not the lead.  And more importantly: hard-boiled eggs.  They remain one of the few foods I really cannot bring myself to like.  But I just couldn’t get the image of braised leeks out of my head and rules have exceptions.  Occasionally, exceptional exceptions.

Leeks vinaigrette are one such exceptional exception.  Even though I’d never had them before, they transported me.  I served them as a first course before roast chicken and potatoes and I may as well have been dining in a Parisian bistro rather than my kitchen table in Minneapolis.

To prepare the leeks, first trim the root end.  Remove a very small sliver of the base so the layers of the leek will hold together through braising.  Cut off the dark green tops of the leeks.  You’ll be left with white to pale green segments, about 6 inches long.  Cut the leeks in half lengthwise and rinse with cold water, carefully removing the sand and grit from between the layers. 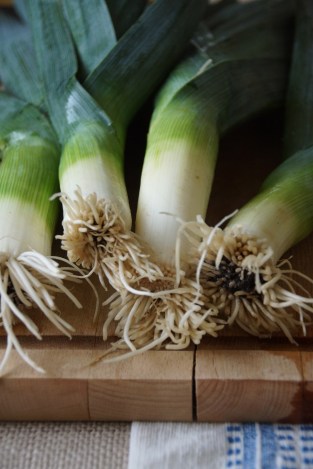 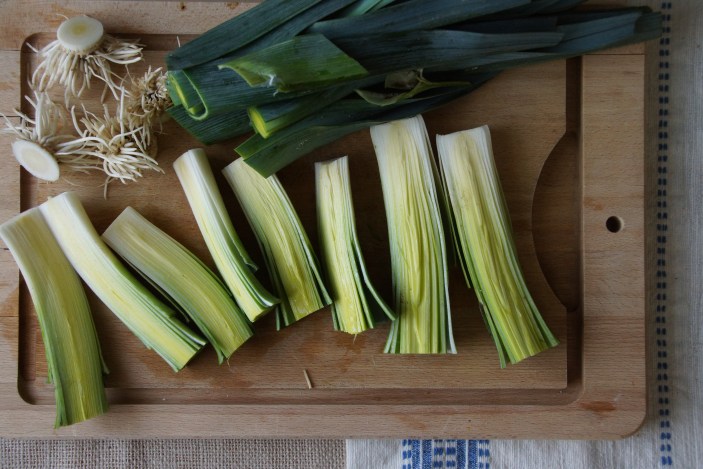 Melt a little butter and lightly brown the leeks.  Splash in a bit of white wine and let the leeks soak it up. Add broth or water to almost cover and pop them in the oven until they are tender.  While you wait, assemble your accoutrements: a mustard vinaigrette, minced parsley, and diced hard-boiled egg.  You could really deck these leeks out if you want with capers, shallots, maybe some tarragon, crispy bacon…you get the idea.  I’m staying pretty basic this time around. 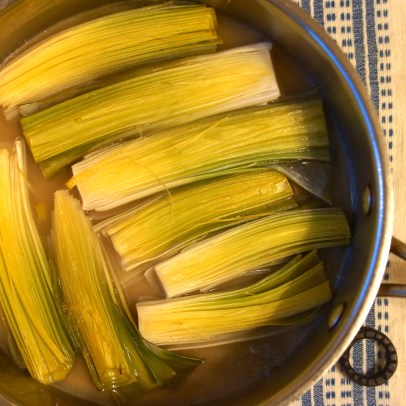 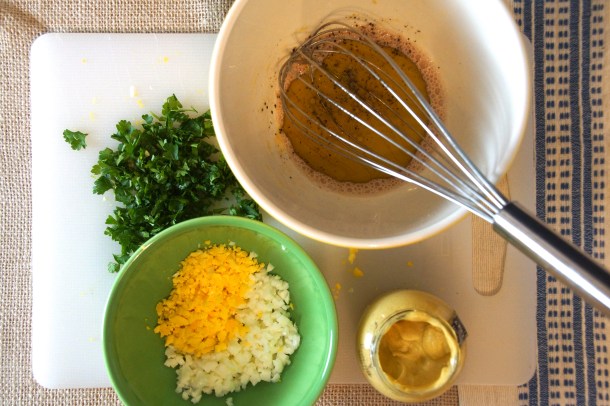 Pull the leeks from the oven.  Drizzle them with the vinaigrette and sprinkle with egg and parsley.

Grab a hunk of bread, pour a little wine, and settle in for my favorite kind of dinner: an impromptu trip to Paris, for the price of leeks.  And all because I “pulled a Sarah”.  If only it always worked out this well.