This ice cream is a perfect way to ring in late spring/early summer.  It’s an impossibly smooth, creamy orange-scented ice cream, swirled with a gingery sweet-tart rhubarb sauce.  I served it alongside a stack of my favorite chewy ginger cookies, but licked from a cone while dangling your feet off the end of a dock would be just as good, if not better.

For the ice cream base, I tried a recipe I’ve been meaning to try for years, but especially after a friend brought me a scoop he had made to taste.  It’s from the Jeni’s Splendid ice cream cookbook and it’s a little different from ice creams I’ve made in the past.  Instead of eggs, it’s thickened with cornstarch and cream cheese (or Mascarpone).  A bit of corn syrup sweetens it and also prevents ice crystals from forming, yielding an ice cream that is the perfect consistency–smooth and creamy, not the least bit icy or grainy like so many other recipes for homemade ice cream.

To start, combine milk, cream, sugar, corn syrup, and a pinch of salt in a saucepan and bring to a boil.  Add an orange peel and boil for a few minutes.  Make a slurry with cornstarch and milk.  Add the slurry (I should really find a more appetizing word to use here…) to the boiling milk and cook until thickened.

Now put a few tablespoons of cream cheese or Mascarpone in a bowl and whisk in the hot milk mixture.  Chill. 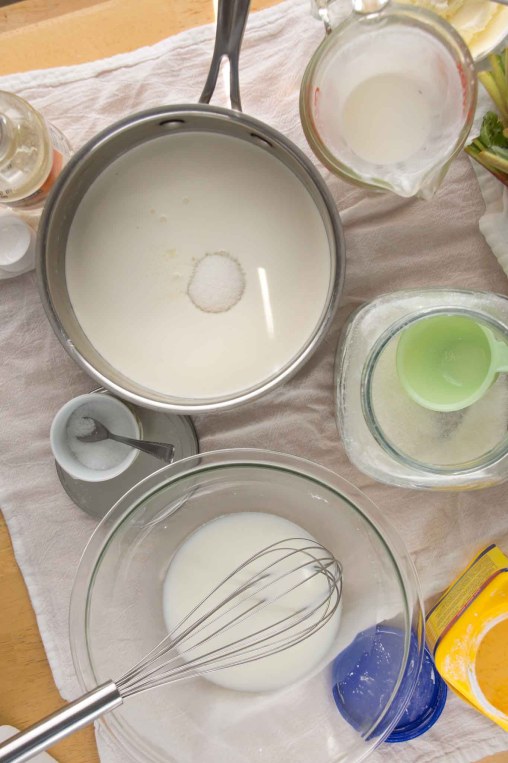 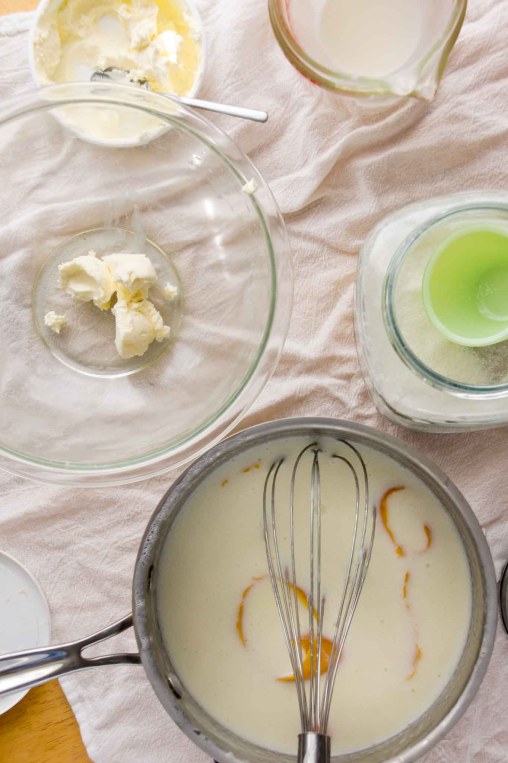 Next, we’ll make the rhubarb swirl.  Chop a few stalks of rhubarb and combine with sugar, freshly grated ginger, and a squeeze of orange juice in a small saucepan.  Cook until the rhubarb has broken down and become thick and saucy, chill.

When the ice cream base has chilled completely, churn it.  I use the ice cream bowl attachment for my kitchenaid mixer–it’s super easy, but I do kind of miss the beast of an ice cream maker that my family used when I was a kid that you had to pack with rock salt and that required the use of earplugs within fifty feet.

After the ice cream has churned, layer with the rhubarb sauce in a shallow container.  Pop it in the freezer and let the ice cream set up for a few hours. 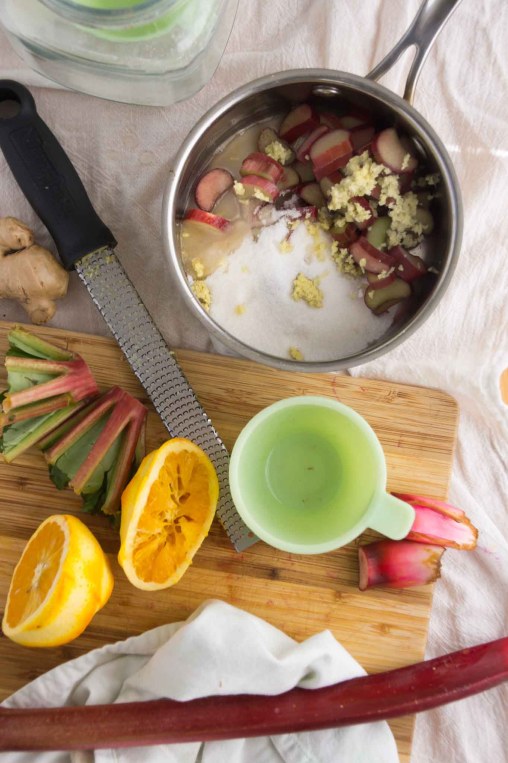 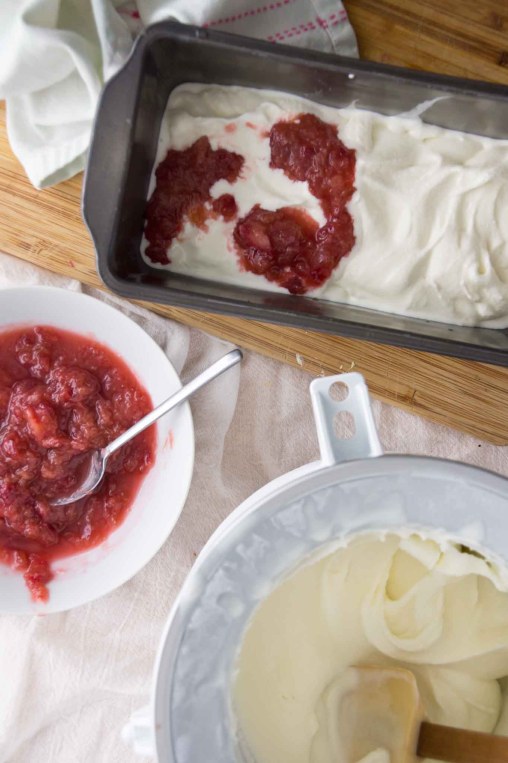 When the ice cream has set up, grab a scoop and dig in.  Hello summer, welcome back!  We’ve missed you.