I promised myself I wouldn’t write another post about the current weather situation in Minnesota.  But when mid-April looks like this…

…it’s hard not to.  It affects your life.  I’m passing up my cute, new skimmers in favor of fur-lined snow boots.  I spend my mornings shoveling snow instead of turning over the garden.  I spend hours, daily, talking myself out of heading to the airport and grabbing the first flight to anywhere but here.  But we shan’t dwell on the negative today.  Let’s focus on the positive.

How are these for positives?  Melted cheese.  Golden, toasty bread.  Fresh asparagus.  Smoky speck.  We wouldn’t be indulging in this spectacular grilled cheese if it were 70° and sunny, now would we?  This gooey panini is the silver lining of a very gray spring, people.

Get ready for panini-perfection.  Grab a bunch of asparagus spears, a loaf of Italian bread, grated Fontina cheese, and few slices of speck.  Do you know speck?  Speck is, essentially, smoked prosciutto ham.  It’s totally delicious, for the record, but if you can’t find it, regular prosciutto will still make a very worthy sandwich.

We’ll give the asparagus a quick sauté and then assemble the panini.  Give the bread a schmear of Dijon mustard (any sandwich involving melty cheese must involve mustard), artfully arrange the asparagus, sprinkle on the grated Fontina, and top with a couple of slices of the speck.  Add a few more shreds of cheese to help the top slice of bread adhere and press. 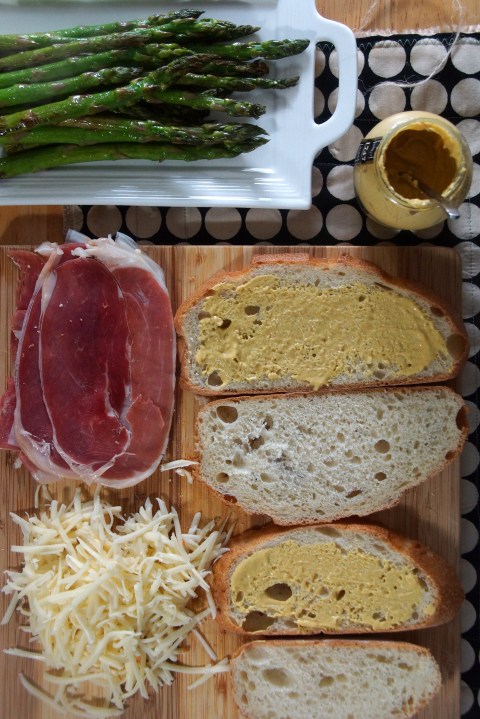 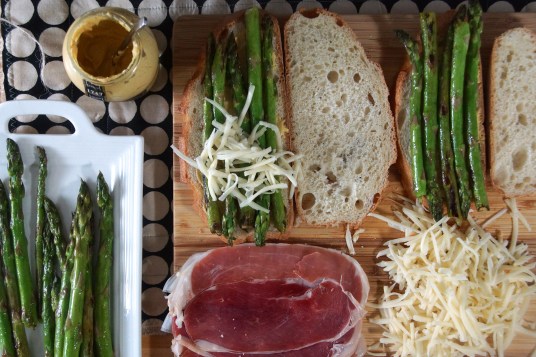 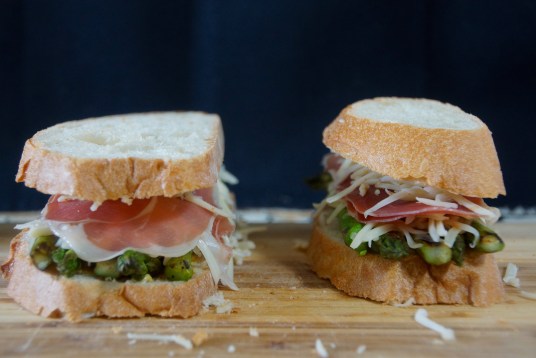 My preferred method of pressing?  Put the panini in a buttered or oiled cast iron skillet and put whatever heavy object you have handy on top of the sandwiches.  A foil-wrapped brick?  Sure.  A stack of frying pans?  That’ll work.  A toddler?  Hmm…probably a good thing I don’t have children. 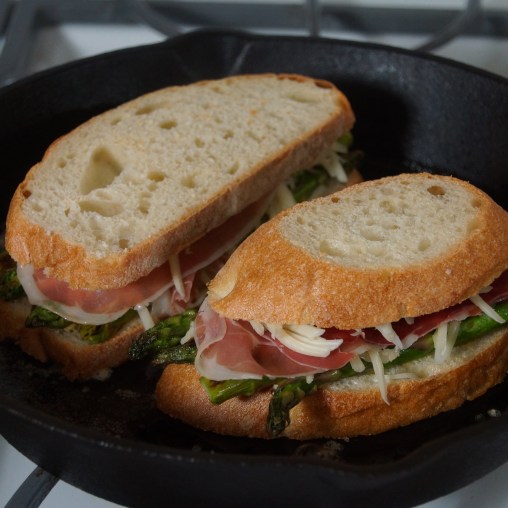 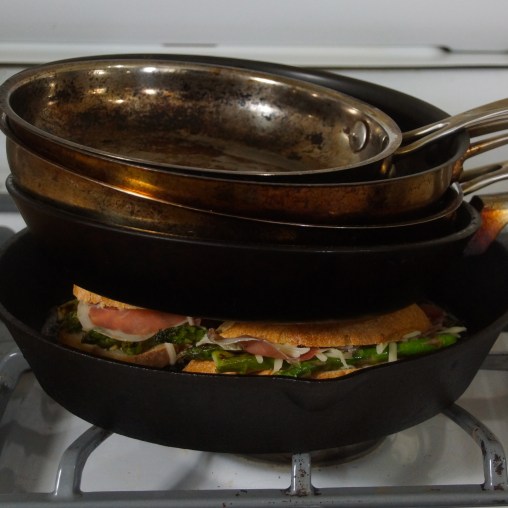 Golden and just crispy enough.  Take it out, slice it in half. 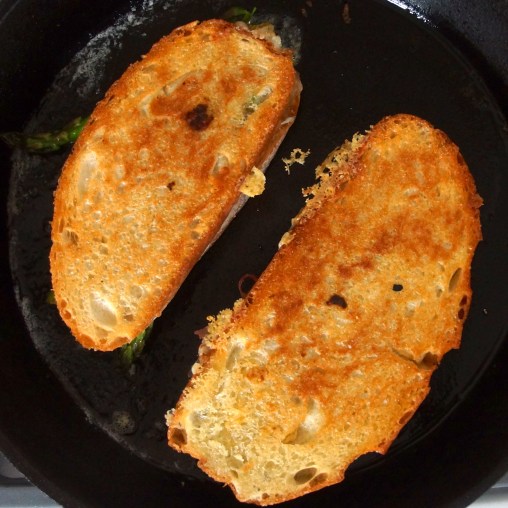 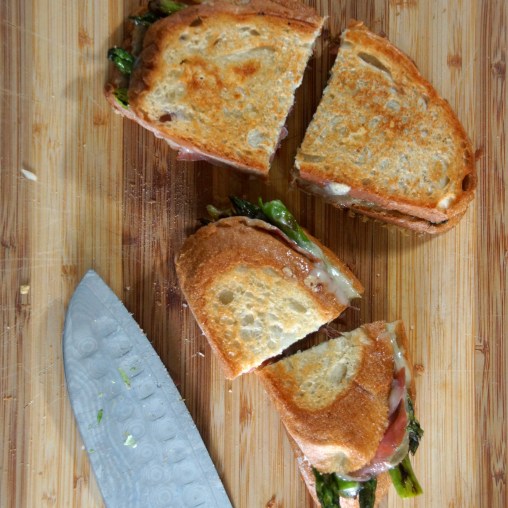 Stack ’em up and get in there.  See all this snow is a good thing.  Without 8 inches of snow, we’d probably be looking at something boring like an asparagus salad.  Who wants that, when there’s a sandwich oozing with melted cheese to be had?  Let’s hear it for April blizzards.